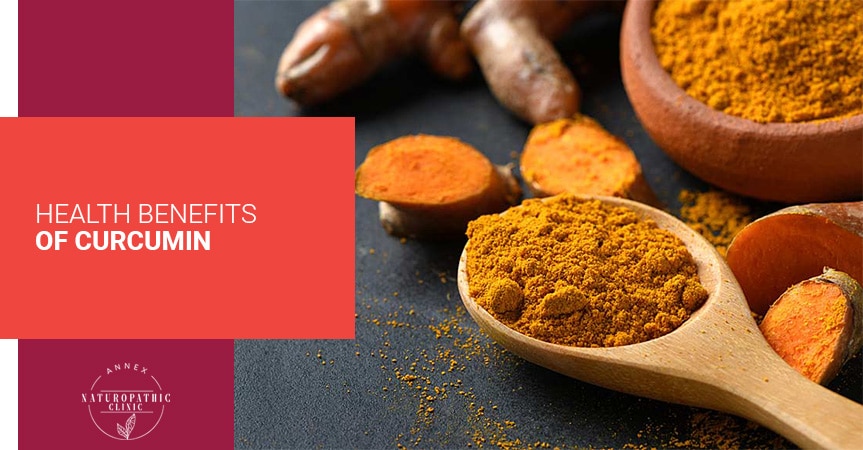 Have you ever heard of a new supplement, only to head down to the health food store and face an intimidating wall of different bottles?

There are hundreds of different supplements, and it can be overwhelming to make sense of all of them.

Today, though, we’re going to talk about just one – curcumin.

As a naturopathic doctor in Toronto clinic, it’s not uncommon for us to recommend curcumin because of its many benefits.

Let’s get to know this wonderful compound a little better.

What Is Curcumin And What Is Turmeric?

Turmeric is a spice derived from the root of the curcuma longa plant, which is closely related to ginger.

It’s got a number of compounds in it associated with better health, but the most potent one is curcumin.

Curcumin gives turmeric most of its colour and flavour.

Why Take Curcumin Instead Of Turmeric?

Eating turmeric is not a bad idea – in fact, there are a number of different benefits it has.

However, most turmeric preparations have a fairly low level of curcumin – at most only about 8%.

On top of this, however, the curcumin you find in turmeric doesn’t have a high bioavailability.

Bioavailability refers to how able your body is to actually absorb and make use of a substance.

A 2010 study did discover, however, that mixing turmeric with piperine, the ingredient in black pepper that gives it its pungency, increased its bioavailability by 2000%.

Still, though, modern techniques have made it easier for us to extract the curcumin from turmeric and make it more bioavailable.

As a result, taking curcumin on its own can lead to greater benefits.

However, turmeric on its own is considered to have some health benefits of its own – after all, curcumin isn’t the only active compound.

For example, a 2018 study in PLoS One found that turmeric had strong antifungal properties.

This was partially because of curcumin, but there were seven other active compounds that helped.

So, should you take curcumin or turmeric? The answer depends on your individual health concerns.

So, what are the benefits of supplementing with curcumin?

Read on to find out.

Antioxidants are substances that prevent oxidation within your body of other molecules, caused by free radicals.

There are a number of different antioxidants, including vitamin C, beta-carotene, glutathione, and flavonoids.

However, curcumin is one of the more powerful ones.

A 2007 paper by Menon and Sudheer reviews its antioxidant properties, considering its anti-inflammatory and anti cancer properties (more on both of those later).

Because oxidation plays a significant role in cancer, atherosclerosis, and other diseases, research is ongoing into the use of curcumin to fight these disorders.

2. It Has Anti-Inflammatory Properties

Acute inflammation helps your body fight off dangerous pathogens, but chronic inflammation is much more harmful.

In fact, we’ve found inflammation to be associated with a wide variety of different diseases in the modern world, including heart disease and cancer, two of the leading causes of death among Canadians.

Curcumin has strong anti-inflammatory properties, making it a valuable tool in the fight against these diseases.

In fact, it’s been compared with some pharmaceutical anti-inflammatory drugs in its effectiveness. 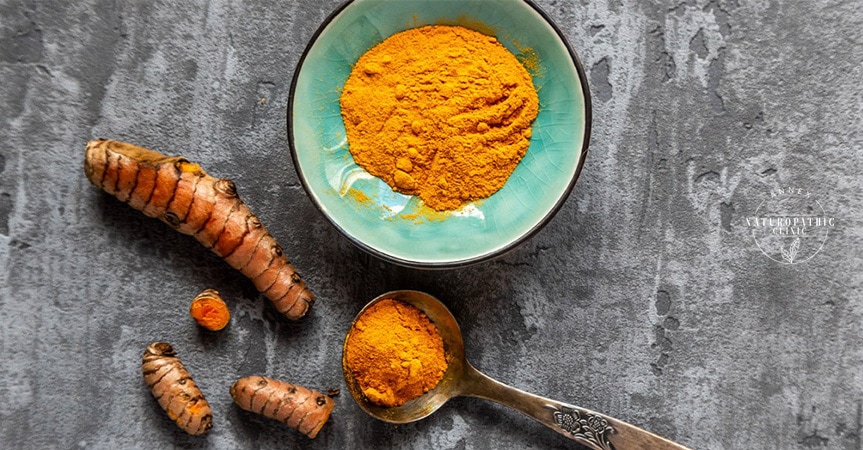 3. It Helps Ease The Symptoms Of Arthritis

Arthritis is actually an umbrella term that refers to dozens of different conditions, but broadly speaking, we group them into two categories – inflammatory and non-inflammatory arthritis.

Given that curcumin is a powerful anti-inflammatory, it should come as no surprise it can help ease the symptoms of the former.

The most common type of inflammatory arthritis is rheumatoid arthritis, an autoimmune disorder where your immune system attacks the tissues surrounding your joints.

A 2012 study by Chandran and Goel looked at curcumin’s use as a treatment for rheumatoid arthritis.

They had three control groups – one received treatment with curcumin, one with a non-steroidal anti-inflammatory drug (NSAID) called diclofenac, and a third with a combination of the two.

It found that of their three control groups, the one that received curcumin alone showed the highest improvement by far, and without any of the side effects experienced by the diclofenac group.

4. It Has Anti-Cancer Properties

Cancer is one of the leading causes of death worldwide, and the current medical treatments we have for it can be effective but are also quite hard on the body.

So it’s no wonder research is ongoing into other avenues to provide treatment for this disease.

One of them is, of course, curcumin.

A 2008 review by Sundaram Et. Al found curcumin to contribute to a number of anti-cancer factors, including helping to trigger apoptosis, or programmed cancer cell death.

It has also been studied in a number of different cancers, including breast cancer, lung cancer, leukemia, and several others.

All this to say, curcumin should NOT be used as a supplement for chemotherapy, radiation therapy, or anything else your medical oncologist suggests.

Currently, these and other medical treatments are the only proven effective treatments in our fight against cancer.

However, as mentioned before, these treatments can be quite brutal on the body, and we hope someday we can take a gentler approach to this disease.

So not surprisingly, we’ve studied it for a long time in order to get a better understanding of how we can stem its effects.

A 2009 study by Wongcharoen and Phrommintikul found curcumin contributed to a number of different factors involved in heart disease.

This included lowering serum cholesterol levels, preventing atrial arrhythmias, and improving the function of the endothelium, the lining of your blood vessels.

Are There Any Side Effects Of Taking Curcumin?

Broadly speaking, curcumin is considered to be safe and well-tolerated.

However, taking extremely high doses can lead to some mild side effects.

A 2017 review of curcumin by Hewlings and Kalman pointed out two studies where those taking curcumin at high doses reported symptoms like yellow stool, diarrhea, headaches, and rashes.

However, these effects are not only rare, they’re common when taking a supplement at high doses.

Vitamin C, for example, when taken at high doses, can have similar effects.

Are you dealing with one of the above conditions, and wondering if curcumin is right for you?

If so, book an appointment today at Annex Naturopathic.

One of our licensed and experienced naturopathic doctors will work with you to get a better understanding of your health concerns and what the best treatment options are for you.