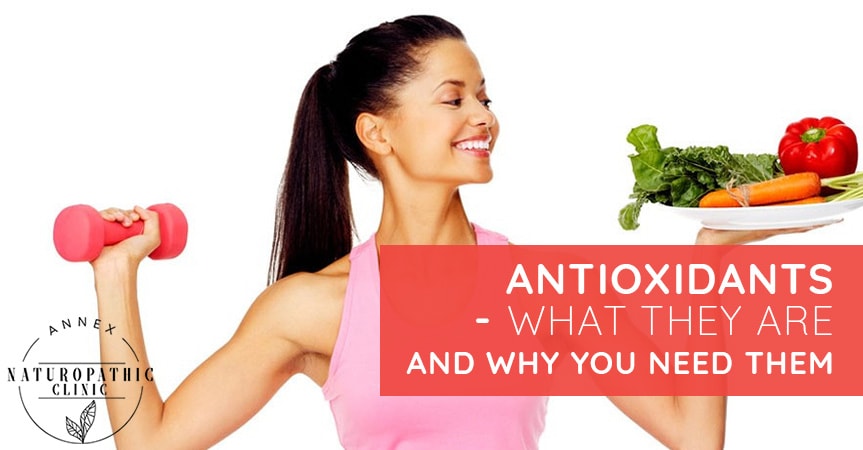 Antioxidants – What They Are And Why You Need Them

What do blueberries, dark chocolate, and kale have in common?

These are all foods which are high in antioxidants.

But what does that mean?

You’ve probably heard the term “antioxidants” before, but what are they?

Do you need them? Are you getting enough? Do you need nutritional therapy to help you get more?

Let’s have a look at antioxidants. Today we’ll talk about what they are, what they do, and how to make sure you’re getting enough.

The Players: Antioxidants And Free Radicals

Antioxidants are substances which prevent the oxidation of other molecules, which is caused by free radicals.

“Free radicals” are compounds which can easily attach to normal cells, and can cause them damage.

Often time the free radical compounds are seen as responsible for cell damage which may lead to major health conditions such as cardiovascular disease, arthritis and cancer.

Some free radicals may come from external sources such as smoking or other toxins, however they are also metabolized within the body, making them impossible to avoid.

And they aren’t all bad – for example, the immune system uses free radicals to kill bacteria.

However they need to be kept in balance.

This can lead to damage of molecules in the body, and even cell death.

There are many causes of oxidative stress, or in other words the imbalance of antioxidants to free radicals.

Some of the causes include the following:

● Environmental factors such as air pollution, exposure to sunlight, or cigarette smoke
● Alcohol
● High levels of sugar intake orsaturated/trans fatty acids such as through fried food
● Infection
● Too much OR too little oxygen
● Tissue damage from prolonged, excessive exercise
● Too much or too little of certain vitamins (C & E) or minerals (iron, magnesium, copper, or zinc).

Antioxidants are vital for survival for all living beings – the damage done to cells by free radicals is not just limited to humans.

Because of this, antioxidants are produced by nearly all plants, and found in all foods from plants and animals.

A 2004 study in the American Journal of Clinical Nutrition showed that the best way to increase antioxidant production in the body is through consuming fruits and vegetables, and simply consuming the vitamins and minerals found in those foods (via supplementation) does not have the same effect.

This is important as well when it comes to including diversity in your diet. It isn’t enough to just get all your antioxidants from one source.

Green tea, for example, is a good source of antioxidants, specifically flavonoids, which, among other things, contribute to heart health. As a result, you may be tempted to drink lots of green tea and feel like you’re getting the antioxidants you need.

But you’d be missing out on other antioxidants like beta-carotene, which is important for eye health, which can be found in vegetables and fruit that are red, orange and yellow in colour. This is important because the eyes are one of the organs most susceptible to oxidative stress.

There are many dietary sources of antioxidants, and there are different types which can help with different issues.

They can be categorized as water soluble or fat soluble.

Let’s look at some of these. 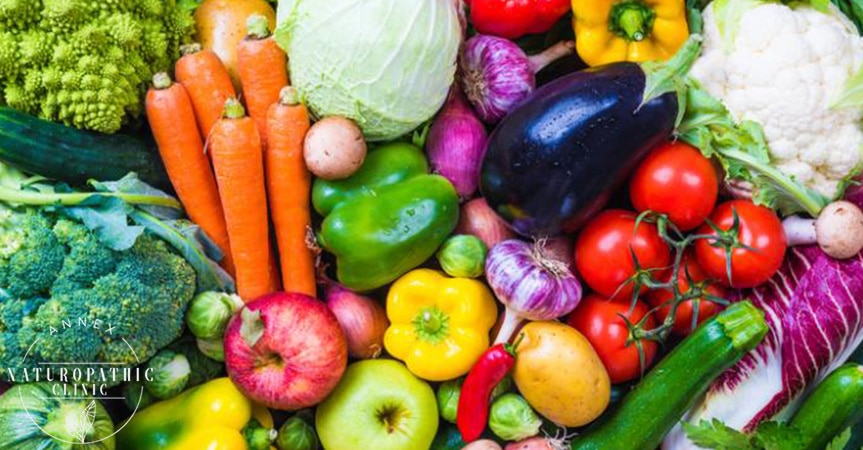 The following are some very important antioxidants which everyone should be sure they are getting.

This is one of the most important water-soluble vitamins, and is largely found in citrus fruits, green and red peppers, and leafy greens.

Most of us get enough vitamin C through our regular diet, since all fruit and vegetables contain some amount of it. However, the best sources include:

This fat-soluble vitamin protects cell membranes against oxidative damage. It’s common to find vitamin E in skincare products because of its value in protecting from UV damage (a form of oxidative stress!).

Dietary sources of vitamin E include:

The name “flavonoid” applies to thousands of different known substances, including quercetin, catechins, and kaempferol.

As previously mentioned, flavonoids are antioxidants that contribute to your heart health. Numerous studies, including this one from 2004 by Engler et. al, have shown a correlation between flavonoid-rich foods (dark chocolate, in this case) and cardiovascular health.

However, they also have other benefits, including acting as a natural antihistamine, and serving as natural memory and mood enhancers.

Other than the previously mentioned green tea and dark chocolate, you can find flavonoids in most plant-based foods.

Beta-carotene is the substance that gives carrots and other vegetables their orange colour. The name comes from the Greek letter beta, and the Latin word for carrot.

Your body converts beta-carotene into vitamin A, aka retinol, which is an essential vitamin for keeping your skin and eyes healthy, among other things. Sowhen they say carrots are good for your eyes, this is what they mean.

Research is ongoing into the benefits of beta-carotene, with studies suggesting it could slow cognitive decline, and preserve lung strength in the elderly.

Foods rich in beta-carotene include:

Are you worried about your intake of antioxidants in general, or that you may need more of a particular one?

They are found in many foods, however if you have dietary restrictions which prevent you from getting antioxidants in your diet, supplementation may be something worth considering.

If you would like to discuss this, or any other health issues which may be concerning you, contact Annex Naturopathic today to set up a consultation.

We will discuss your health concerns and create a personalized plan to suit your needs.