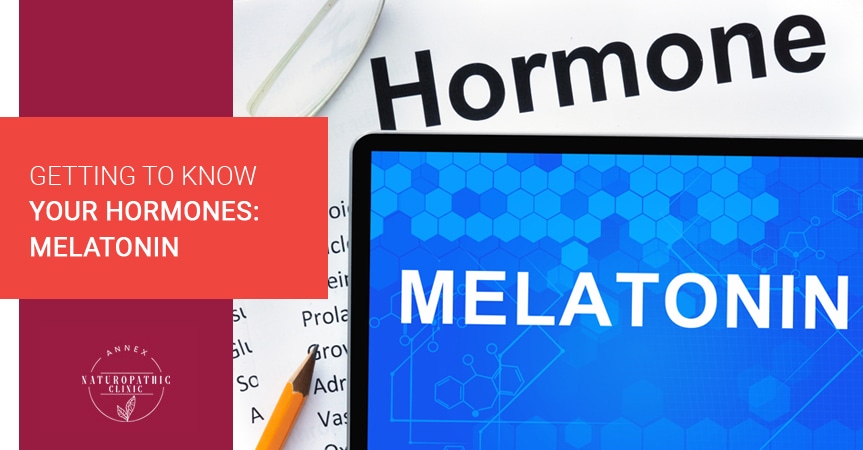 Getting To Know Your Hormones: Melatonin

If you struggle with sleep, you’ve no doubt heard of melatonin.

It’s one of the most commonly used natural hormone supplements used in Canada and it’s an important component of your overall hormone health.

However, for as common as melatonin is, knowledge of what it does, and why it helps you is less so.

We always recommend you learn as much as possible about the supplements you consume.

After all, you only get one body.

If you’re looking to understand more about melatonin, you’re in the right place.

Read on to learn more about this natural sleep aid solution below.

You may already be familiar with melatonin’s ability to help you sleep, but what is it?

Melatonin is a hormone created by your brain’s pineal gland, part of your endocrine system to regulate your body’s natural sleep cycle.

Effective at keeping your body’s circadian rhythm in order, melatonin can be ingested orally to help you correct a disrupted sleep routine.

Often used as a natural treatment for insomnia, melatonin also has plenty of other positive effects on your body’s natural functions.

As an over the counter treatment in North America, melatonin can help you regulate blood pressure, cortisol levels which helps regulate stress, symptoms of seasonal affective disorder, digestive issues, and even immune function.

It also acts as an antioxidant, which has been found to significantly help with multiple health conditions.

Research has found that melatonin may improve eye health, and even provide relief from acid reflux

1. It Can Improve Your Sleep Quality

Many of melatonin’s benefits come from its ability to help you achieve a healthy sleep schedule.

So why don’t we briefly have a look at what a healthy sleep schedule, can bring to your life:

If you’re someone who already sleeps well, you’re probably already enjoying these benefits.

However, if sleep is more elusive to you, melatonin can aid you in dozing off.

Not everybody is born with a natural ability to fall asleep and stay asleep easily.

By taking melatonin 2 hours before your bedtime it can help you slip into a state of quiet wakefulness that makes falling asleep an easier task.

The hormone will send signals to your body that it’s time to settle down.

This doesn’t mean that it will instantly send you to sleep, though.

It’s important to work with melatonin when using it as a sleep aid.

Melatonin simply primes you for a night of better sleep by relaxing you, but you have to take advantage of that relaxation.

Improving your sleep hygiene along with taking melatonin can make a big difference in your life and overall health.

Melatonin is high in antioxidants, which can be beneficial for various parts of the body.

An antioxidant is a substance that protects cells from the damage of unstable molecules, known as free radicals.

Free radicals can contribute to conditions such as cancer and heart disease.

In particular, the rich amount of antioxidants in melatonin can help prevent cell damage to your eyes, keeping them healthy and happy.

Melatonin may even be beneficial in dealing with conditions like age-related macular degeneration (AMD) and glaucoma.

People who’ve implemented 3 mg of melatonin into their vitamin regime over 6-24 months have found a delay to age-related eye damage and a preserved visual clarity.

Though the outcome of melatonin uses for eye disease seem promising, it’s important to note that currently the majority of the research on melatonin and eye disease has been through animals, and more research is needed before claiming that melatonin is a miracle eye health hormone.

However, at the moment the research seems positive and exciting.

Let’s try to keep those peepers healthy enough to read the exciting research to come.

3. It May Help With Digestive Disorders

Your brain may get the most praise for making melatonin, but your gastrointestinal tract (GI) is the one working overtime.

Your gastrointestinal tract secretes 400 times the amount of melatonin that your pineal gland does, and researchers are diving into what that connection could mean for melatonin levels and GI functioning.

For example, melatonin administration in animals has been shown to protect against esophageal lesions, according to a study by Melvyn R Werbach.

It’s projected that melatonin may be a potential treatment for irritable bowel syndrome (IBS) based on considerable observations such as melatonin’s:

Based on these benefits of melatonin, scientists speculate that melatonin may be a multifaceted option for reducing the several interlocking effects of IBS on the body in the future. 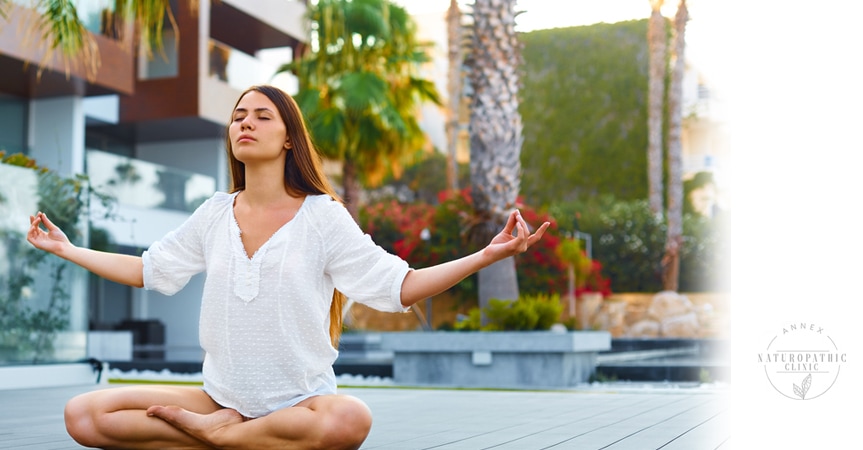 Melatonin has been observed to have a positive effect on mood disorders and depression.

In the case of breast cancer patients, melatonin has been found to significantly reduce the risk of depressive symptoms during the three month period after surgery, and without any notable side effects.

This is incredible news as anxiety, sleep disturbances and depression are well known issues for breast cancer patients.

This is not to say that melatonin alone is the answer to depression in breast cancer patients, but we should note its lowering of depressive symptoms and the conduction of these studies as a step in the right direction.

Historically illness and its impact on women has been under-studied, and we hope that more studies of this nature will be conducted in the future.

Melatonin has also been researched as an option for people with seasonal affective disorder (SAD).

SAD affects up to 10% of the population worldwide and is related to changes in the seasons throughout the year.

Many of the disorder’s symptoms appear from late fall to late winter, and research suggests that these changes may be linked to changes in your circadian rhythm caused by seasonal light changes.

Because of melatonin’s capabilities of regulating circadian rhythms in the body, it can help manage SAD symptoms.

Melatonin has been tested in low-doses as a way to delay SAD effects without causing sleepiness as well.

By using low-dose melatonin, researchers were able to help patients regulate their circadian rhythm, which in turn reduced SAD’s impact.

Should You Take Melatonin?

Melatonin overall is a low risk approach to regulating your sleep cycle.

It’s not addictive in short or long term use in adults, and unlike other supplements, using melatonin doesn’t decrease your body’s natural ability to produce it.

A rule of thumb when it comes to melatonin, though, is to restrict its use to adults.

The only long term studies on the effects of melatonin involve adults and its effects on children are relatively unknown.

There are some common reported side effects to melatonin, such as sleepiness, headaches, nausea and dizziness.

Melatonin can also interact with medications.

If you’re using antidepressants, blood pressure medications, and blood thinners, consult your doctor about whether melatonin is safe for you.

Otherwise, melatonin may be a viable option to help you with your eye health, seasonal depression, digestive health, and insomnia.

Are you struggling with one of the above conditions?

Curious about melatonin, but want to get a professional opinion before you mix it into your daily regimen?

If so, reach out to us today.