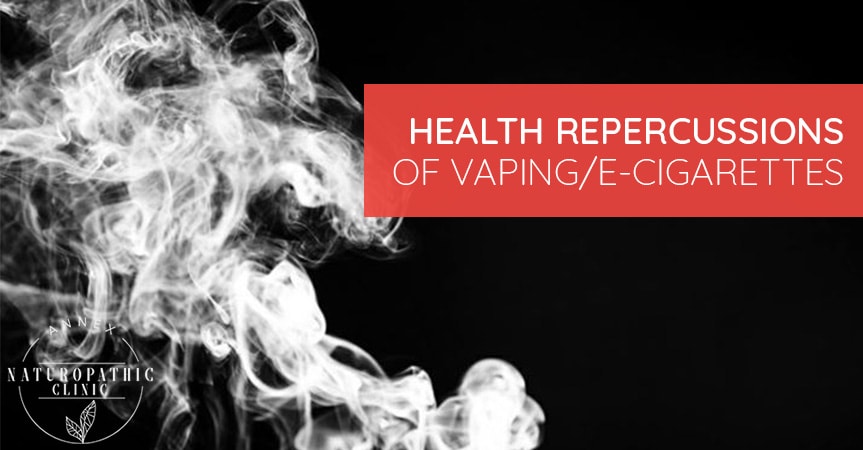 Vaping is the new smoking, but the problem is it’s so new that we don’t yet fully understand the health complications and ramifications.

One of the biggest questions is regarding how it affects your heart, so know that you can always visit us as your reliable cardiovascular health clinic.

Let’s talk about vaping, what it is, its effects, and the information we have so far about it.

Vaping uses an e-cigarette, Juul or vape pen, and doesn’t burn anything, whether nicotine or CBD.

A heater will heat and vaporize oil carrying the nicotine and – often – added flavouring; very little smoke is exhaled, and it has fewer contaminants, making it more discreet than a traditional tobacco cigarette. The smell it does have is generally a result of the artificial flavouring added to it.

Why Use An E-Cigarette?

Cigarettes contain 70 chemicals that are inhaled, 69 of which cause cancer; 1.1 billion adults smoke cigarettes, and six million people per year die of smoking-related causes, so any reduction in those numbers can be counted as a victory.

Cigarettes also are harmful to those nearby – second-hand smoke is another lethal side effect of cigarette smoking, particularly for young children whose parents or guardians smoke near them.

The evidence so far suggests that e-cigarettes are less harmful than tobacco smoking, but since these devices are so new, more research is needed.

This doesn’t mean they’re healthy, however – nicotine is addictive, no matter which way you’re getting it, and there are other issues that have been highlighted in some recent studies that you should read up on.

As we mentioned, vaping is a recent trend, so not a lot of research has yet been done; what has been studied is only short-term use, not long-time sustained use of these devices.

In comparison, we have decades of research on cigarettes, which were declared hazardous to our health in 1964.

Read below to familiarize yourself with some of the effects currently known about vaping.

1. May Increase Risk Of Heart Disease

Nicotine is a stimulant that can increase your heart rate and blood pressure, and has been linked with an increased chance of developing heart disease; even though vaping is a “safer” way to get your hit, it is still harming your heart.

An early study on the effects of e-cigarettes shows that it can narrow the arteries by up to 30% as well as decrease your blood vessels’ ability to widen again.

Your aorta, the main artery supplying blood to the circulatory system, can become stiffened from vaping, which can lead to cardiac and vascular diseases such as stroke, aneurysm and atherosclerosis. 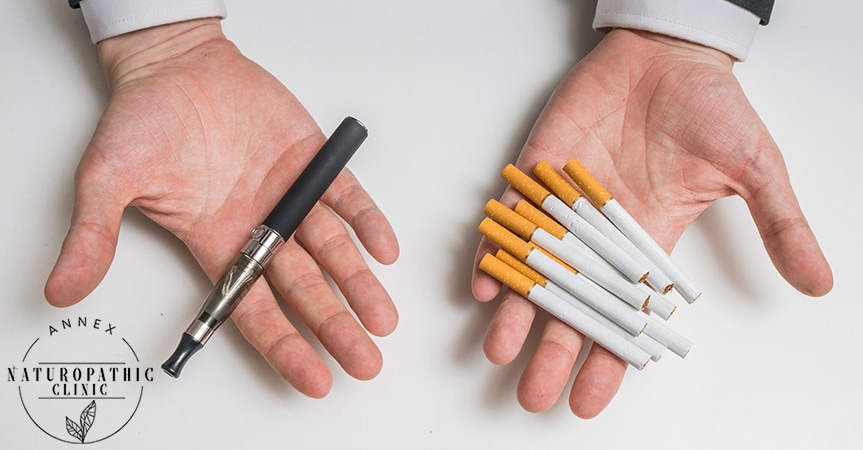 2. May Lead To Popcorn Lung And Other Lung Damage

Your lungs can also sustain damage from vaping, leading to conditions such bronchiolitis obliterans, which is also known as “popcorn lung” because it was discovered after causing damage to the lungs of factory workers who breathed in the chemical used to flavour microwave popcorn.

It damages the very smallest of the airways in your lungs, causing them to get irritated, inflamed, and then scarred; this narrows the passages and makes you feel short of breath, causing you to cough.

3. It Still Has Nicotine In It

Nicotine is a highly addictive substance, and these e-cigarettes or vape pens often have nicotine in them, even when they claim they don’t.

Nicotine has been linked with a much-increased chance of lung cancer, cardiovascular disease, or other cancers, so it is highly recommended that if you don’t already smoke cigarettes, you should refrain from exposing yourself to becoming hooked on vaping nicotine.

4. The Ingredients Can Be Toxic

Finally, where there aren’t nearly as many as there are in a tobacco cigarette, there are still toxic chemical compounds found in e-cigarettes that you should be wary of.

Both propylene glycol and glycerin are FDA approved for use in food, drugs and other products, but once inhaled, they can become harmful – especially for people whose lungs are already compromised by diseases such as asthma and emphysema.

The truly scary ingredients that have been detected are diacetyl and formaldehyde, acetaldehyde and acrolein, which are all probable carcinogens.

It doesn’t matter whether you’re a smoker, a vaper, or have a family history of cardiovascular disease, Annex Naturopathic is equipped with excellent NDs to help you keep your heart healthy.

Vaping is only one cause of cardiovascular disease, so having a dedicated health professional review your unique situation and recommend supplements, lifestyle changes or treatments can help you live a long and healthy life.