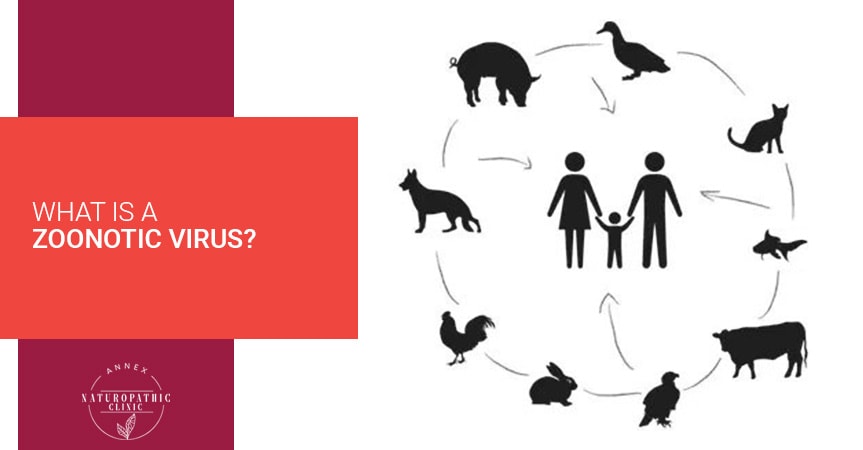 What Is A Zoonotic Virus?

There are a lot of terms floating around in relation to the current global pandemic, and things can get a little confusing sometimes.

At the time of this writing, neither a naturopathic doctor nor anyone else can provide treatment for this issue.

However, let’s clear things up a little about what exactly this virus is, and how it spreads.

What Is A Virus?

Viruses are parasites which are microscopic in size – depending on the specific virus and specific bacteria, they can be anywhere from eight to 40 times smaller than bacteria.

As an example of how tiny viruses actually are, the virus which causes polio is approximately 10,000 times smaller than a grain of salt.

Additionally, they are unable to reproduce on their own and require a host body in order to do so.

Is A Virus Alive?

Although viruses contain DNA or RNA (but not both), the key elements required to make a living organism – they are unable to replicate without a host cell because they lack the ability to interpret and act upon their genetic material.

In short, a virus must take over a cell and take over the use of its metabolic processes in order to replicate it.

Most biologists agree that in order for something to be considered “alive”, it must have the following properties:

Therefore, although viruses contain the key building blocks of life in the form of DNA or RNA, strictly speaking, viruses are not alive because they cannot reproduce without the use of a host cell.

What Is A Zoonotic Virus?

People interact with animals all the time – and generally, these interactions are beneficial.

Just think of your relationship with a treasured pet.

We also use animals to help do jobs, and some people eat meat as a source of nutrition.

Some animals, however, can carry illnesses and spread those to people.

Illnesses or disease which can spread from animals to humans are known as zoonotic disease or zoonoses.

Zoonoses are extremely common – scientists estimate that approximately 60% of infectious disease can be spread from animals.

How Do Zoonotic Viruses Spread From Animals To People?

There are a few different ways in which a zoonotic virus can spread from animals to people.

Direct or indirect contact, food and water, and vectors such as ticks or mosquitos can all spread viruses and other pathogens.

Let’s take a closer look at each of these. 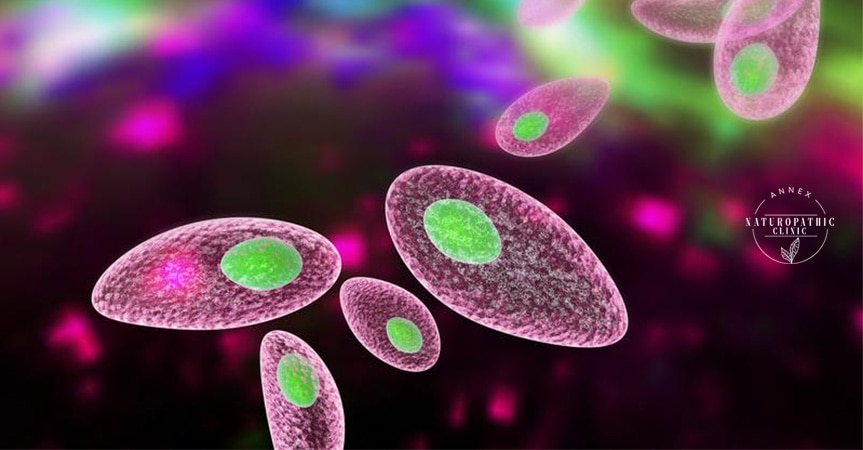 Direct contact with bodily fluids of an infected animal, including urine, feces, saliva, mucus, or blood can spread viruses and other pathogens.

Contact could be from animal bites or scratches and petting or touching.

Indirect contact means contact with areas where animals live, sleep and play, such as plants, soil, food and water dishes for pets, aquarium tanks, and barns or chicken coops.

An example of a disease which was spread this way is the bubonic plague, although it was more common for it to be spread through direct contact with rodents.

One in ten people worldwide fall ill as a result of foodborne illnesses.

This can include raw or unpasteurized milk, undercooked meat, or fruits and vegetables which have been contaminated.

Drinking or washing with water which has been in contact with feces from an infected animal can also cause illness.

Generally, pathogens spread in this way are bacterial, such as E. coli and salmonella, rather than viruses.

A disease vector is any agent which carries and infects another living organism.

Ticks are known for spreading Lyme disease, while mosquitos can transmit a number of viruses including West Nile, malaria, and Zika to name a few.

The most well-known disease associated with fleas is the bubonic plague.

You might be wondering if going vegan, and avoiding eating foods from animals could help eliminate zoonotic viruses.

The short answer is no – it won’t make a difference.

Although viruses can spread through unsafe or under-cooked food, as you can see there are a number of other modes of transmission, including water, insect vectors, and other forms of direct and indirect contact.

Therefore, adhering to a strictly vegan diet and avoiding foods from animals would have little impact on the spread of zoonotic viruses.

How Do We Know COVID-19 Is A Zoonotic Virus?

A question which commonly comes up in relation to COVD-19 is “how do we know where it came from?”

Since it first emerged in Wuhan, China, researchers at have identified the virus has most likely originated in bats, an article from the journal Pathogens and Disease stated in February 2020.

Other coronaviruses you might have heard of, including SARS and MERS, also originated in bats.

Does Zoonotic Bacteria Exist As Well?

Some common examples of infections caused by zoonotic bacteria which you are probably familiar with include:

If you are worried you have come in contact with COVID-19, please note that the Ontario government has released a self-assessment to help you assess your symptoms and determine next steps for care and possible testing.

Although our offices are currently closed due to COVID-19 restrictions, we are still essential care through phone or virtual consults.