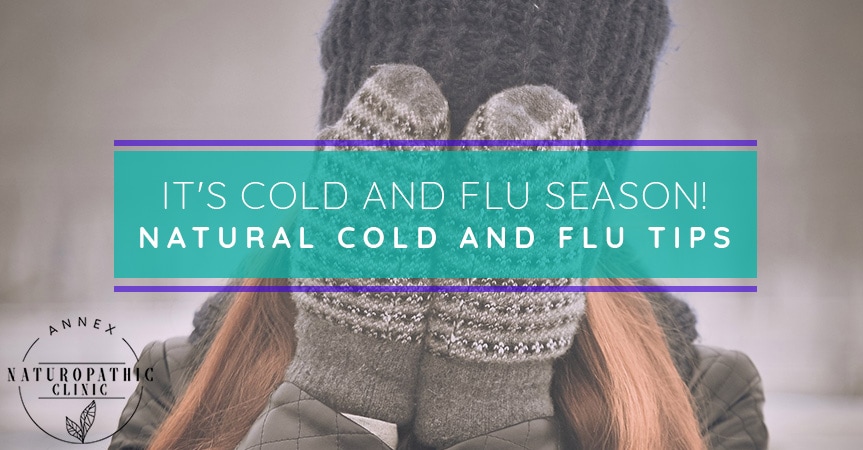 It’s that time of year, where they seem to be spreading like, well, the plague.

You’ve heard all the standard advice.

“Cover your nose and mouth when you sneeze or cough.”

These are all good ideas, but it’s not always enough to avoid the flu.

What’s The Difference Between The Flu And A Cold?

The flu is caused by the influenza virus.

The virus attacks the body by spreading through the respiratory tract.

The common cold is also caused by a virus however its effect on the body is generally less severe.

Although a cold and the flu generally have similar symptoms, including congestion, sore throat, sneezing, coughing, headache, and discomfort in the chest, flu symptoms are generally more intense and also include high fever, muscle aches, and weakness.

How Does The Flu Spread?

The flu is spread through droplets of water in the air which contain the flu virus, handling things someone who is infected has held, or through sharing food or drinks with someone infected.

If the virus is on your skin and you touch your eyes, nose, or mouth it can enter the body that way as well.

This is why the importance of handwashing is emphasized during flu season, it is an important factor in preventing the spread of the virus.

Is There More Than One Type Of Flu?

You may have heard people refer to having the “stomach flu”.

Although this is a commonly used term, it is not technically correct.

What we often refer to as the “stomach flu” is usually gastroenteritis or inflammation of the gastrointestinal tract.

Symptoms of gastroenteritis may include abdominal cramps, nausea, vomiting, and diarrhea.

The flu itself has 3 different strains, Influenza A, B, and C.

Influenza A is the one which most commonly affects humans.

Conventional ways to fight the flu are well known, but not perfect.

Even if you opt to get your flu vaccine it’s not always a sure thing.

The vaccine is science’s “best guess” as to which strain of the flu will make its way into the population each year.

Unfortunately there is no way yet discovered to fully “cure” the flu, however there are a number of natural remedies which can help control flu symptoms.

Let’s have a look at some of them. 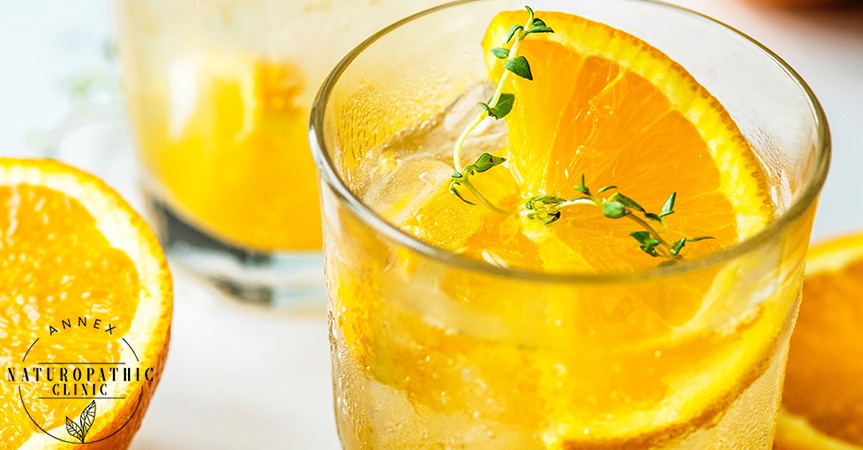 In physically active people it has been shown to reduce the duration and number of colds.

So when someone tells you to drink your OJ when you’re sick, know there is a good reason for it.

A 2015 study in the journal Canadian Family Physician showed promise in using vitamin D3 as a preventative measure for influenza A.

The author has noticed that for patients with increased in consumption of vitamin D, the rates of the flu have decreased significantly.

Additionally, those patients who have contracted influenza and are treated with a high dose of vitamin D3 over the course of 2 or 3 days have seen complete resolution of symptoms within 48 to 72 hours.

These last findings though have yet to be studied in detail.

Another benefit of vitamin D3 is its low cost – approximately a penny per 1000 IU.

Because vitamin D3 is created in the body after exposure to sunlight, many people don’t get enough during the colder winter months, and for this reason, supplementation is recommended.

Oregano oil has anti-viral properties as was shown in a study in the Journal of Applied Microbiology in 2014.

Although specific research on oregano oils effect on influenza has yet to be done in-depth, its antiviral effect may still be beneficial in these cases.

Oregano oil is available in many forms, including capsules, tablets and liquid extract.

Echinacea can help your body to ward off infection, however it is most effective when used in the early stages of illness.

It has been used as a remedy by populations Indigenous to North America for hundreds of years for sore throats and coughs.

A 2000 study in the Journal of Alternative and Complementary medicine showed a significant reduction in symptoms in participants showing early cold and flu symptoms who consumed Echinacea tea over participants in a control group.

This herb is an anti-inflammatory which attacks yeast and other fungi.

Taken during the early stages of illness, zinc can help to support immune function and also has antiviral properties.

Zinc can be found in foods such as red meat, poultry, seafood, beans, nuts, and grains, but the best dietary source of zinc by far is oysters.

Most people will get enough zinc from their diets (even if oysters aren’t regularly on the menu…).

Those with digestive disorder, individuals who stick to a vegetarian diet, and alcoholics however, may not be getting enough.

Too much zinc can result in nausea, vomiting, and stomach cramps so if you are looking to supplement or worry your zinc levels may be low it is best to consult your doctor or naturopath.

Are you worried about cold and flu season this year?

Do you want to take preventative measures which are right for you and your family, to ensure a healthy winter?

Or are you already starting to feel under-the-weather and want to take measures to prevent your symptoms from becoming worse?

Contact Annex Naturopathic today, to discuss which natural flu treatments are the best choices for you and your family.