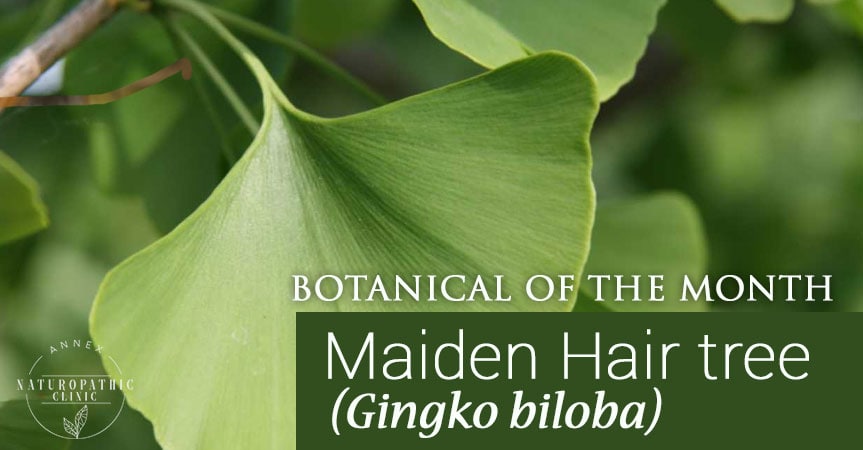 As a naturopath, when I think of Gingko biloba, I think of words such as hope, vitality, resiliency, and patience.

This majestic tree has shown us that it can embody these exact words in the most horrific circumstances – the 1945 Hiroshima atomic bomb destroyed everything within its epicentre, except six Gingko biloba trees, which even sprouted new greenery days after the terrible event.

When they fall and start to decay, they produce a very unpleasant odour, one could compare to a pair of stinky feet.

So many who front this tree on their lawns must bare with this one downfall of having this tree in their presence.

This downfall, however, is completely masked by the amazing beauty, elegance and medicinal benefit of being around such a remarkable creation of nature.

Ginkgo is not considered an edible plant

The actions of Gingko biloba on the human body can be represented as low and slow, and requires patience.

The medicinal properties of this tree are the strongest when used over a course of time.

The most commonly known medicinal property for Gingko leaves is its effect on memory, making this herb a “nootropic”.

Gingko has been heavily marketed to the public to “improve and strengthen memory”; as people bought in to this claim, it’s not surprising that many didn’t find that it didn’t “work”.

Gingko indeed does improve memory but the application of this herb in this context is flawed.

This herbs works slow – expectations that this herb will work within a few weeks is not accurate – so if you’re a student looking to strengthen your memory in a week for an exam, gingko is NOT the herb for you.

Ginkgo has it’s best effect when used over a long period of time in order to establish its effects in the body – it works on memory in two ways: 1) Vasodilation and 2) Reducing blood viscosity.

This means that the biochemicals in Gingko will help open up the blood vessels and thin the blood, allowing for blood to flow more freely within the vessel, increasing microperfusion to the brain – more blood flow to and within the brain means more oxygen and protection to the brain.

Gingko also protects the brain through antioxidant biochemicals, protecting the brain from tissues damage caused by lack of oxygen, and increasing mitochondrial function, which optimizes energy production in the brain.

There is a plethora of research supporting the effect of Gingko in the improvement of memory and cognitive function in those with dementia and Alzheimer’s disease, especially if these conditions are a result of vascular insufficiency.

However there are many trials that do not support this resulting in review studies performed between 2003-2014 concluding the research is too inconsistent to support Gingko in this context (but not that it doesn’t work!)

The varying results come from inconsistencies in dosage, administration and inclusion criteria set out by each trial.

One of the most recent meta-analysis on Gingko biloba research performed by Tan et. al (2015) took in to account these flaws and came to the conclusion that 240mg of standardized Ginkgo daily improved cognitive function and prevented decline in patients with dementia after 24 weeks, especially for those who also exhibited neuropsychiatric symptoms.

Another recent review study by Yuan et. al (2017) also concluded similar findings that Gingko biloba can improve cognitive function in those with Alzheimer’s at a dose over 200mg/day if taken for at least 5 weeks.

These review show promise and exemplify the need for higher quality, larger-scale studies in order to demonstrate the efficacy of Gingko biloba in the treatment of dementia.

Prevention of cognitive decline in healthy individuals is still not well represented in the research, but traditional use and anecdotal evidence supports the use of this herb for this purpose.

The effect of Gingko on blood flow doesn’t just stop at memory.

These properties translate in to effects on the peripheral body as well.

There are promising outcomes represented in the research of using Gingko in the treatment of cerebral insufficiency in stroke victims, peripheral artery disease, prevention of coronary artery disease by reducing plaque formation, diabetic neuropathy, Raynauds and thrombosis (blood clots).

There are claims that Gingko can be useful in the treatment of tinnitus, though studies are limited and results are inconsisent.

This reflects back to the circulatory actions of gingko – when tinnitus is a result of poor vascular circulation, appears to be effective.

If it’s due to other reasons, the effects of Gingko appear to be less impactful on tinnitus symptoms. 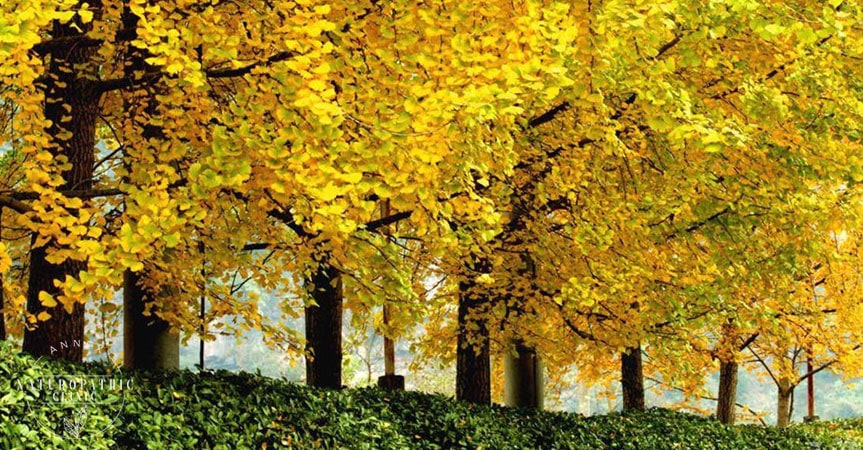 Traditionally Gingko biloba taken through infusion (tea) – this application is best for people who want to use Gingko for daily to improve blood perfusion to the brain, hopefully to prevent cognitive decline as they age.

I typically use these forms for healthy, older individuals who want to keep their memory sharp and encourage blood flow to the brain.

Much of the research on Gingko biloba use and support standardized extracts of Gingko at dosages of 120-240mg/day.

Extremely potent extracts of Gingko (50:1) are considered pharmaceutical grade substances and should not be dosed unless monitored by a health care professional.

The blood-thinning effects of Ginkgo has made many clinicians weary about using this herb with blood thinning pharmaceuticals.

However, it has been found that the blood-thinning effects of Gingko are not related to reducing platelet count, but inhibiting platelet aggregating factor (PAF), so the that use with blood thinners may not be as detrimental as previously thought – many studies demonstrate using Ginkgo (up to 240mg) in conjunction with blood thinning medication does not increase bleeding risk or influence coagulation time (Bone 2000).

Nonetheless, do no use Gingko if you are on blood thinners and consult with a physician that is familiar with herb-drug interactions before use of this herb – one of the only cases of increased bleeding is when using the extremely potent extract (50:1) in combination with blood thinners

Do not use with drug exhibiting monoamine-oxidase activity (such as certain antidepressants), or anti-epileptic drugs.

Always consult a physician familiar with herb-drug interaction if you’re on medication and are considering using any herb.