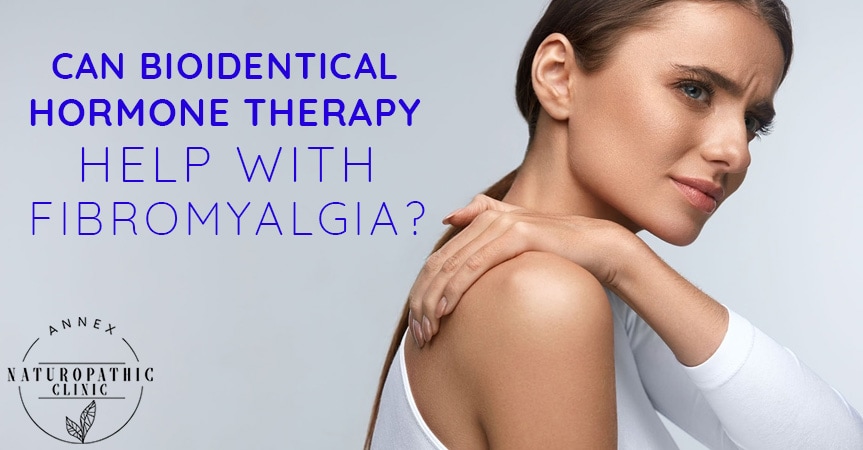 Fibromyalgia is a difficult disorder which science doesn’t fully understand as yet, and as a result, it can become quite debilitating for those struck with it.

Because fibromyalgia is comprised of several – or many – different symptoms, treatment is usually offered with a combination of medications, lifestyle changes, and natural remedies.

It’s for this reason that we see a lot of clients who are interested in using hormones to treat fibromyalgia – because they’re in pain, they can’t get relief, and in some cases it may be the most helpful treatment for them.

Fibromyalgia is a disorder that presents as pain, sleep issues, memory loss, fatigue and mood issues.

Doctors and researchers aren’t completely certain for what causes fibromyalgia, but they suspect that it changes how your brain processes pain – possibly amplifying it.

Doctors will often prescribe antidepressants for the mood issues, pain meds for the aches and pains, or physical therapy, exercise, heat, relaxation and stress reduction for the remaining symptoms.

What usually causes people to seek medical advice is the pain and fatigue. Conventional medicine options typically tend to focus on treating the symptoms, which may give people a great deal of relief, but doesn’t look as closely at some of the underlying causes, leaving people reliant on pharmaceutical pain medication that may increase in dosage over time.

Symptoms of fibromyalgia can differ from person to person and from gender to gender, but can be quite severe and include any of the following: 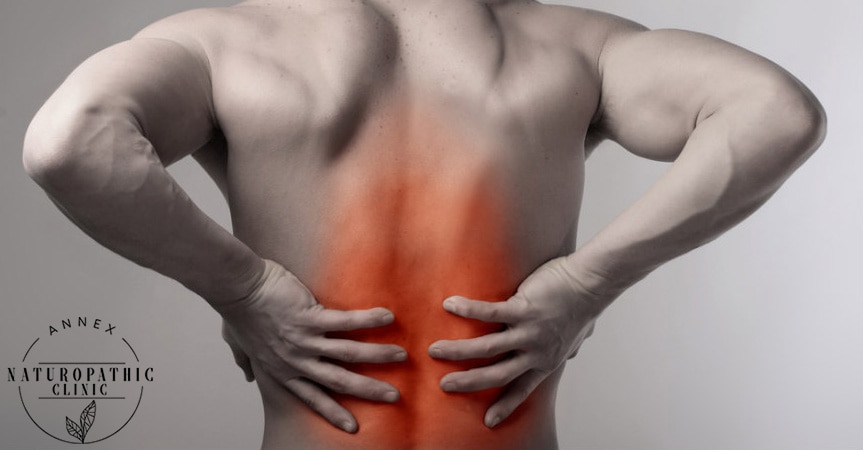 Women are more prone to fibromyalgia than men, indicating that there could be a hormonal influence on this condition.

Fibromyalgia can sometimes pop up after a physical trauma, such as an accident or surgery; in other cases, it’s an emotional trauma that seems to trigger it, or psychological stress.

Infections can also aggravate – or even trigger – fibromyalgia.

In other cases, the symptoms will start up with no single event, but will accumulate over time.
Frustratingly, the cause of fibromyalgia is still unknown. A 2012 paper by Jahan, Nanji, Qidwai, and Qasim in the Oman Medical Journal suggests that because of the changes in sleep patterns and in neuroendocrine transmitters characteristic of fibromyalgia, there may be a connection between the regulation of the endocrine system and the condition, but more research needs to be done.

How Does Bioidentical Hormone Therapy Help?

BHRT (bioidentical hormone replacement therapy) is a treatment that serves to replace the hormones in your body – hormones that control and regulate most of your body’s processes.

BHRT can help with fibromyalgia as hormones such as progesterone, have been found to exert an anti-inflammatory effects on the body. Detecting low levels of these hormones can warrant the use of this treatment

After testing, analyzing and creating a BHRT plan that’s designed specifically for your case, you will hopefully find relief from your fatigue and pain symptoms caused by fibromyalgia.

Reaching out to Annex Naturopathic is the first recommendation we’ll make in treating your fibromyalgia – because we have resources at our disposal that medical doctors won’t necessarily offer up.

Fibromyalgia is a disorder that can wreak havoc with your life by making it difficult to exercise, get through a day at the office, or even perform basic everyday functions – all because some of its main symptoms are fatigue and pain, which can be completely debilitating when they occur together.

Here at Annex Naturopathic we often in tandem with your family doctor to create a treatment plan designed to help you recover from fibromyalgia.

Call us now to set up an appointment to look at bioidentical hormone replacement therapy, and let’s begin to work toward replacing your pain and fatigue with action and adventure.